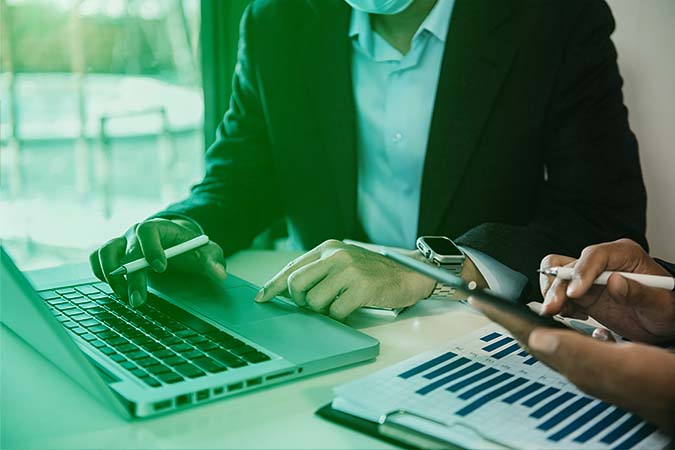 It found that there were two main issues with the agreement as it stood:

This judgement caused consternation for companies such as Meta, Amazon and Google, which rely on data flows from the EU to the US. Meta even suggested it could shut down Facebook and Instagram in the EU unless there was a new agreement.

However, in March 2022, European Commission President Ursula von der Leyen hailed a new data transfer agreement between the EU and the US that would “enable predictable and trustworthy data flows between the EU and US, safeguarding privacy and civil liberties.” The new Trans-Atlantic Data Privacy Framework includes the following features with a view to facilitating data flows between the EU and US without compromising the rights of European users.

Data will be able to flow freely and safely

Experts have estimated the data flow between the two jurisdictions to be worth more than US$1 trillion (€985,665,000,000). There are around 5,300 companies that rely on sharing personal data across the Atlantic, and this includes some of the most prominent tech giants, such as Amazon, Twitter, Meta and more.

The new data transfer agreement will facilitate this flow in a manner that is deemed safe by the stringent standards of the European Union. But it is not just a deal that aids the major corporations. The White House issued a statement claiming the free flow of data will “enable businesses of all sizes to compete in each other’s markets,” adding that “data flows are critical to the trans-Atlantic economic relationship and for all companies large and small across all sectors of the economy. In fact, more data flows between the United States and Europe than anywhere else in the world.” When the legal agreement is drafted, the European Commission will assess the details and decide whether it satisfies the General Data Protection Regulation (GDPR).

Article 45 of GDPR requires the EC to consider whether a third country offers an “adequate level of protection” for consumers. The agreement for the Trans-Atlantic Data Privacy Framework aims to resolve the issues of previous legislation, particularly with regard to surveillance from US signals intelligence.

The right of American intelligence services to monitor data overruled the Privacy Shield agreement, meaning that EU citizens did not receive the privacy and civil liberties safeguards that they do within their own jurisdiction. As a result, the CJEU ruled against the Privacy Shield.

With the Trans-Atlantic Data Privacy Framework, any surveillance by intelligence services in the US must be necessary and proportionate in the pursuit of defined national security objectives and must not disproportionately impact the protection of individual privacy and civil liberties. The US agencies must implement procedures to ensure compliance with these standards.

Establish a new redress mechanism with independent and binding authority

There will be a multi-layer redress mechanism under the new agreement. This includes the formation of a Data Protection Review Court, which will be an independent body that rules on cases where EU citizens feel that a company or body has impinged on their privacy or civil liberties.

The White House stated that it would look only outside of the US government to appoint members to the court, and they will have the full power to adjudicate on complaints and to deliver sanctions to bodies that contravene the agreement.

Some American commentators have welcomed this development, noting that it would also improve the patchy privacy protection legislation across the United States. At the same time, it will ensure EU citizens receive the same level of privacy they enjoy at home.

The requirements for companies under the Privacy Shield continue to apply under the new data transfer agreement. They must self-certify with the US Department of Commerce that they commit to adhere to the principles of the agreement.

Benefits of the deal

How the agreement affects whistleblowing

In most circumstances, you will collect and store data relating to whistleblowing within the European Union under the scope of GDPR. Even if your company is based in both the EU and US, it would be likely that you would store the data in the jurisdiction in which you collected it.

However, there may be situations where you have to transfer data across the Atlantic. In this case, the data would be protected under the new agreement. The American branch of your business would have to get certified by the Department of Commerce that it pledged to remain compliant with the data transfer framework.

Until the agreement comes into action, companies that use US-based whistleblowing platforms could be in contravention of GDPR. There have been similar cases already. For example, the Bavarian DPA found an EU entity guilty of inputting its mailing list into a US email management solution. The same could happen if you are handling whistleblowers’ details in an American system.

To ensure compliance, you can use an EU-based system such as IntegrityLog, which adheres to the EU Whistleblowing Directive and GDPR.

Can GDPR data be transferred out of the EU?

The European Commission must assess the adequacy of any third country before you can transfer GDPR data to that jurisdiction. It makes an assessment based on a number of factors, including the human rights record of the country, the existence of an independent supervisory body dealing with data protection, the rule of law and more.

Can EU data be transferred to the US?

Since the ending of the Privacy Shield, companies should not transfer EU data to the US. The new agreement will enable businesses to resume transfers in a compliant manner. What is the EU-US Umbrella Agreement?

The umbrella agreement requires that data transferred between two jurisdictions can be used only for the prevention, detection, investigation and prosecution of criminal offences.